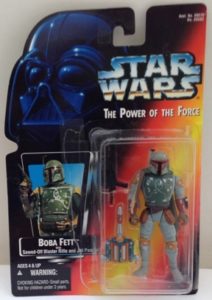 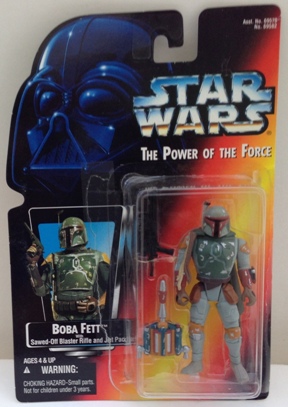 **Please Note “Product Information”: This Action Figure Has a 24+ Years Age Factor and are no longer available from the Manufacture (“Discontinued”), Packaging “May Have” Slight Shelf Wear (Slightly Bent Cardboard Corners, Dents in Plastic Areas, Minor Scratches, Also Some Packaging Clarity Distortment “May Occur”, Due to aging Packaging Only etc). Figure (s) and all assessories inside packaging are perfect and come sealed in their “Original Factory Released Format Packaging”!!

*(This 2nd Release Regular figure is on red card packaging and has A (“Re-Taped Age Factor Blister Card!”) Non-Hologram)”!!

*The most villianous bounty hunter in the galaxy, Boba Fett is the only one crafty enough to track down Han Solo and the Princess!

*Lando Calrissian has been called many things over the years; con artist, smuggler, and rogue. He never expected to be called a leader and war hero…but then, he never dreamed that the Empire would force him to betray his best friend!

*The most notorious and fearsome bounty hunter in the galaxy is also the most mysterious. Many legends and stories have arisen over the years, but few facts are known of the man called Boba Fett, or his link to Han Solo’s past. Since the Clone Wars, Fett has worked as a mercenary, a soldier, a personal guard, an assassin, and most frequently, as the most expensive bounty hunter in the known systems!

*Fett wears the armor of the Mandalore supercommandos, a group of evil warriors who were defeated by the Jedi Knights during the Clone Wars. Fett had it modified to fit his needs as a bounty hunter. His helmet has a macrobinocular viewplate, motion and sound sensors, infrared capabilities, an internal comlink with his ship, the Slave I, and a broadband antenna for intercepting and decoding transmissions. His wrist gauntlets house lasers, a miniature flame projector, and a fibercord whip/grappling device. On his back, a powerful jet pack also houses a turbo-projected magnetic grappling hook with a 20 meter lanyard. Worn over his dirty flightsuit, Fett’s equipment includes knee-pad rocket dart launchers, spiked boots, and a concussion grenade. Braided Wookiee scalps hang over his right shoulder, and a BlasTech EE_3 rifle makes sure no one argues with him. Fearless, methodical, and as unpredictable as the shifting sands of Tatooine, Fett has worked for numerous ganglords, including Jabba the Hutt. He was working for Jabba when a call for bounty hunters was received from the Empire, Fett tracked down his old nemesis, Han Solo, for Darth Vader, and was rewarded with the smuggler’s body, frozen in carbonite!

*This collectible Boba Fett commemorates a memorable story line from the Feature Film Movie, Star Wars The Power Of The Force, an awesome addition to your collection!

“Relive all the action from your favorite Star Wars movies with classic Kenner action figures and accessories. Each character and accessory is highly detailed, depicted exactly as portrayed in the legendary film series”.

*Warning – Choking Hazard – Small Parts – Not for Children under 3 years*